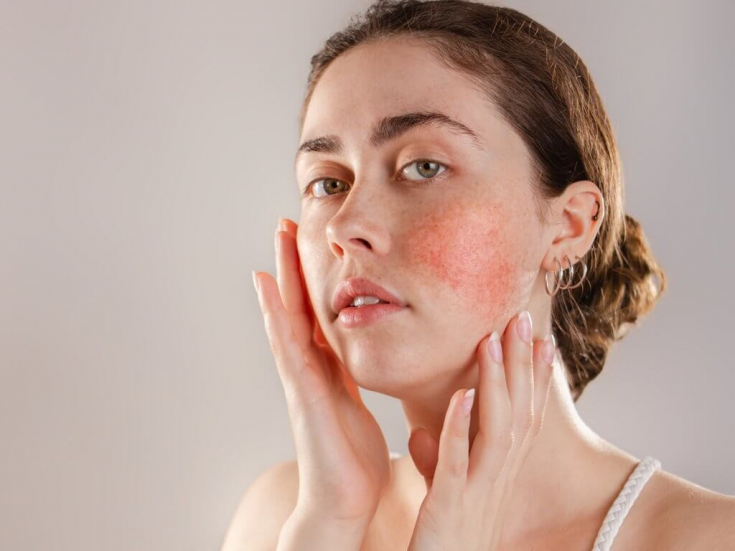 Is it possible to “defeat” rosacea, asterisks and blood vessels on the legs using folk methods?

Couperosis is an expansion of small veins of the skin of the face, which has arisen as a result of external or internal factors. The pathology is quite popular, it is more common in women.

Many patients try to get rid of this problem on their own with the help of lotions with salt, potatoes, cucumbers, honey, cream, cosmetic creams and even urine therapy. There is no significant positive effect, both in my opinion and in the opinion of patients, from the use of such alternative methods. The maximum that all of the above means can do is to moisturize or nourish the skin with useful substances a little, but not to remove blood vessels. Moreover, some of the products, for example, honey, milk (namely, the protein in cow’s milk), is a strong enough allergen for a number of people and can lead to negative consequences in the form of local and sometimes systemic allergic reactions. Only proven methods can solve the problem of rosacea and dilated blood vessels on the face.

As a rule, the main provoking factors of rosacea include: 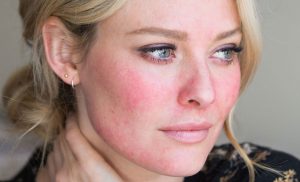 external temperature influences (cold, heat);
taking hormonal drugs;
hormonal disorders;
violation of the activity of internal organs;
systemic diseases (systemic lupus erythematosus, scleroderma) and others.
In this case, the best remedy for rosacea is to avoid provocations as much as possible, in the presence of certain diseases – to treat them on time. At this stage, the impact is preventive: to prevent the problem from developing, or, if it exists, to prevent it from getting worse. To remove existing dilated facial veins, rosacea, you need to use other methods.

With the existing problem, the only and effective remedies for rosacea are laser or phototherapy. The most tropic (sensitive) to the vessels is the neodymium laser. At the moment of its impact, the vessel is sealed, and then its subsequent resorption. After the procedure, the skin regains its natural color, the problem no longer bothers.

If the causative factor persists and it is impossible to completely eliminate it (for example, in the presence of an incurable chronic disease, the need to take medications for medical reasons, work requiring constant stay in adverse climatic conditions), reappearance of rosacea or varicose veins may occur. We do not refuse such cases and always try to help. I would like to add that the manipulation is simple, does not require any complex and lengthy preparation (for example, as for performing an operation under anesthesia), therefore, after a short period of time, it can be repeated.

Popular venotonic or heparin-containing gels are not effective as an independent treatment for rosacea. We usually prescribe them to shorten the rehabilitation period after laser coagulation. Other remedies – gel, ointment, and rosacea cream – may have some effect on enlarged facial veins (for example, metronidazole for rosacea), but it is important to understand the cause of the problem in order to use more targeted treatments.

Do folk remedies, ointments and creams work against stars, blood vessels and nets on the legs?
Asterisks, reticules, telangiectasias (vessel diameter less than 1 mm), as well as reticular veins (1 to 3 mm in diameter), according to various sources, are found in the population from 20% to 60%. Sometimes the presence of this type of vein is accompanied by some kind of complaints (burning sensation in the projection of the vein, heaviness, swelling of the legs), but more often it has only an aesthetic background.

Most of the calls to a phlebologist, at present, occur precisely on this issue. Some patients try to solve the issue with aesthetics on their own, some do not decide to experiment on themselves.

In my practice, I met patients who tried to achieve a result in various folk (usually local) ways. From the unusual and rare – moonstone or toad stone, camelina oil. The most common are leeches, ointment for spider veins with leech extract, medical gels with heparin and venotonic components. There were methods of treatment with white magic, recommendations for standing on the head (legs, respectively, vertically upward) for at least 30 minutes a day. 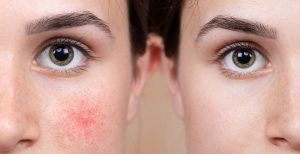 I would like to note that none of the above means gives an effect, no matter how much one wants to believe the advertisement or the advice of a “knowledgeable person”. The “favorite” medical gels advertised on TV (starting with “L”, and also “T”) do not give a significant result either. The purpose of these remedies is to relieve symptoms in symptomatic patients, not to eliminate cosmetic veins. The same applies to the prescribed oral venotonics. Tablets for the vessels of the legs reduce swelling, symptoms of heaviness, tiredness of the legs, possibly in some way, prevent the appearance of new changed veins, but no more. They do not affect existing veins, including cosmetic ones.

At the end of 2020, clinical guidelines for the diagnosis and treatment of the C-1 class of chronic venous diseases (telangiectasias and reticular veins, the so-called “cosmetic varicose veins”) were issued in Russia. According to clause 10.7: “To date, there is no conservative treatment capable of eliminating or proven to reduce the number of reticular veins and / or telangiectasias.” Conservative products are any pharmacy cream, gel and ointment for veins and blood vessels in the legs, as well as what we take orally.

The “magic” variant as a treatment for cosmetic vein pathology often hides the desire to make money in bad faith. Well, standing for 30 minutes a day on the head, especially for an older person, can lead to hemorrhage in the brain or eyes. Therefore, you should not believe what is written on the Internet, and especially the advice that is presented as “expert”. If you have a particular problem, it is advisable to contact a specialized doctor who has practical experience in its treatment.