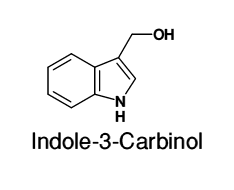 I think a lot of women know these names.

These are 3 drugs – extracts from broccoli vegetables, which are actively used in the treatment of mastopathy (diseases of the mammary glands: cysts, etc.), as it can suppress the “estrogen dominance syndrome”!

But, not so simple, why there are 3 types of drugs, “to each his own.”

All drugs affect the l phase / partially ll phase of liver detoxification – the system of cytochrome enzymes, through which the excretion of estrogens is enhanced. 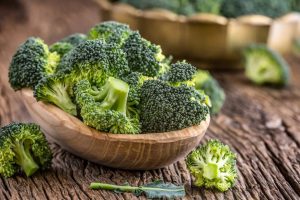 Moreover, DIM is a derivative of indole-3 carbinol.

DIM is formed in the body, attention,! at normal pH of the stomach, at hypoacid (low acidity), the conversion of 3-indole-tricarbinol to DIM does not occur!

And DIM directly triggers the conversion of E1 (estrone) and E2 (estradiol) to 2-methoxy E3 and E2 (safe estrogen metabolites).

Whereas 3-indole-3-carbinol does not have such links directly.

In our pharmacies, only indole-3-carbinol preparations are sold, therefore, in people with low stomach acidity (and this is often common against the background of CFS, chronic fatigue syndrome – the drug simply will not be absorbed and will be useless!).

The DIM derivative is available only on the eicher, unfortunately.

DIM has a dose-dependent effect, and therefore in a dose of less than 100 mcg it can stimulate estrogens, increase them, and not suppress them !! Therefore, it is prescribed more often in doses of 400-600 mg / day. If there is a risk of breast cancer in the family, you must be extremely careful with such drugs !!

Few people know that the drug Cervikon-DIM (suppositories) has been created in Russia, which has antiviral activity and can be used topically to treat HPV !!

Indole-3-carinol is best used as a stimulant for the l phase of liver detoxification, but at the same time the doctor needs to think over the scheme and amplification of the ll phase – otherwise intermediate metabolic products will accumulate, which is why this drug is often poorly tolerated, the l phase is “dispersed”, and ll continues “to brake”. Therefore, all drugs are prescribed by a doctor! 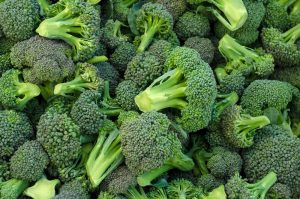 And better – after analyzing the genes for liver detoxification!

Indole-3 – carbinol predominantly affects cytochromes – CYP 1A1 and CYP 1A2, CYP 19. It can be used in prostate cancer as an adjunctive therapy.

Sulforaphane is a separate substance. broccoli.

Sold in the form of dietary supplements – Brokkomax.

Sulforaphane is a natural activator of the NRF2 protein, which is responsible for the functions of about 200 genes, including anti-inflammatory and antioxidant genes (i.e. genes – aging).

Sulforrafan is not used directly in the treatment of mastopathy. AS an antioxidant https://en.wikipedia.org/wiki/Antioxidant. But it is safer in the sense of being on the alert. Sulforaphane has been researched for use in thyroid cancer treatment protocols (!!).

The information is presented as an informational one, all prescriptions for this kind of drugs should be made only by a doctor !!!!