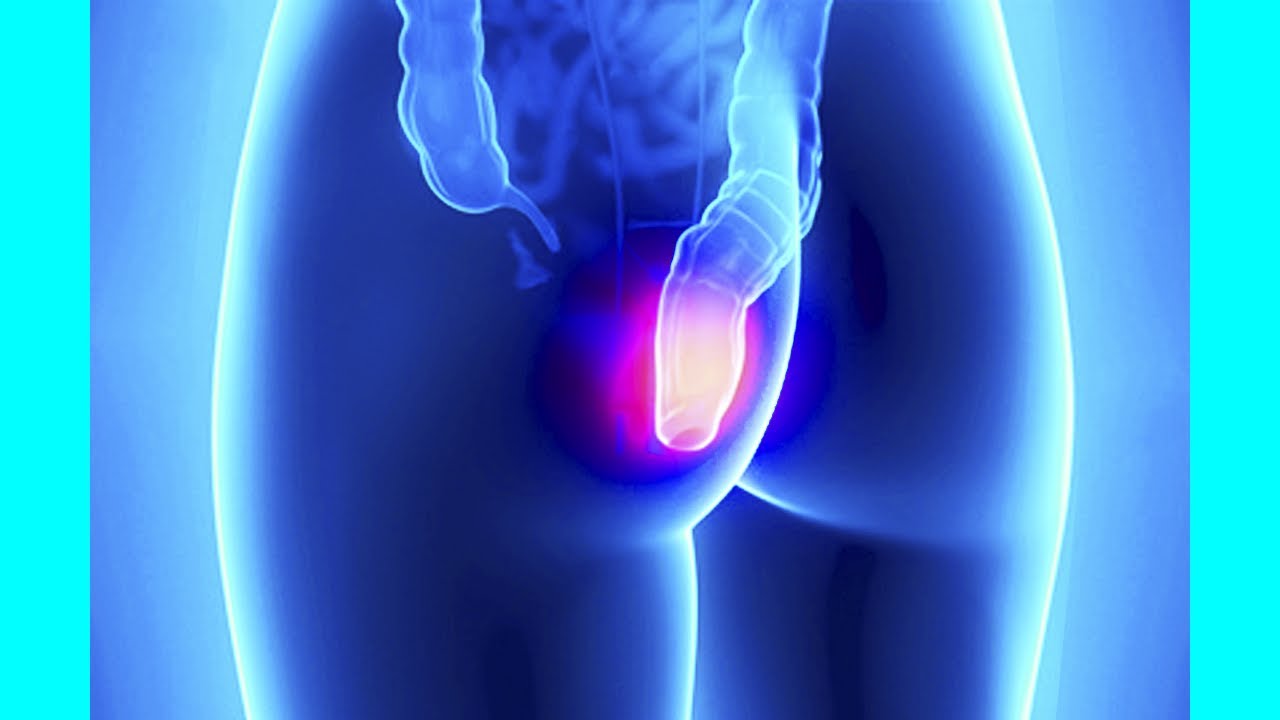 The therapy is based on a specialized diet aimed at normalizing the stool. The patient’s diet should include food rich in plant fiber and a large amount of liquid. Also, the doctor prescribes medicines that stimulate bowel movements.

To relieve inflammation, ointments, creams and suppositories with an anti-inflammatory combined effect are used. The therapy is complemented by the intake of phlebotonics – drugs that increase the tone of the vascular wall.

With severe bleeding, agents of local and general hemostatic (hemostatic) action are prescribed. 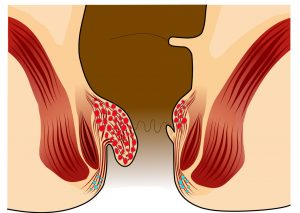 Minimally invasive methods of surgical treatment of hemorrhoids
Sclerotherapy of hemorrhoids
Indications for surgery are chronic hemorrhoids of stages I – II, accompanied by bleeding.

A special substance, a sclerosant, is injected into the lumen of the hemorrhoid using the thinnest injection needles. This drug glues the walls of the vessels inside the node, preventing further progression of the pathology. The operation is performed in an outpatient clinic.

– Thrombosis of the hemorrhoidal node

Ligation of internal hemorrhoids
It is indicated for chronic hemorrhoids II and III degrees, if the nodes are located separately from each other and have clearly defined boundaries.

The operation is performed in an outpatient clinic. A latex ring (ligature) is applied to the base of the internal knot, the power of the knot is disrupted and it is rejected along with the ligature after 7-10 days. Ligation of several nodes at once can cause pain in the patient, a decrease in blood pressure and bradycardia, so the procedure is usually performed at 2–3 week intervals.

Surgical methods of treatment carried out in the Medical Center “XXI century”
Laser vaporization of hemorrhoids
It is carried out for chronic hemorrhoids II and III stages. Also suitable for the treatment of small external hemorrhoids. The operation is performed using the Milon-Lakhta surgical laser, which destroys (evaporates) the fluid-rich hemorrhoidal tissue while preserving the mucous membrane. The light guide is inserted into the lumen of the internal hemorrhoid through a small 1-2 mm puncture of the anoderm. The manipulations are performed under general anesthesia in the Outpatient Surgery Center of our clinic.

The advantages of the technique:

– Reducing the time of the operation.

– A significant decrease in the intensity of pain in the postoperative period compared to classical hemorrhoidectomy.

– Significant reduction in the healing time of surgical wounds and punctures.

– More comfortable course of the postoperative period and quick recovery of working capacity.

– Purulent and oncological diseases of the rectum 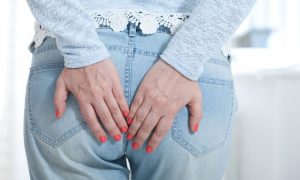 Also, a similar operation is performed using a high-frequency ligation device LigaSure. It is considered open. LigaSure allows the operation to be carried out almost bloodlessly, since the device automatically coagulates (welds) large vascular formations that make up the hemorrhoid. The nodes are excised up to the vascular pedicle, and after the “brewing” of the pedicle, they are completely removed.

The advantages of the technique:

– The operation is faster.

– Reduces the risk of bleeding in the postoperative period.

– Recovery after surgery is faster.