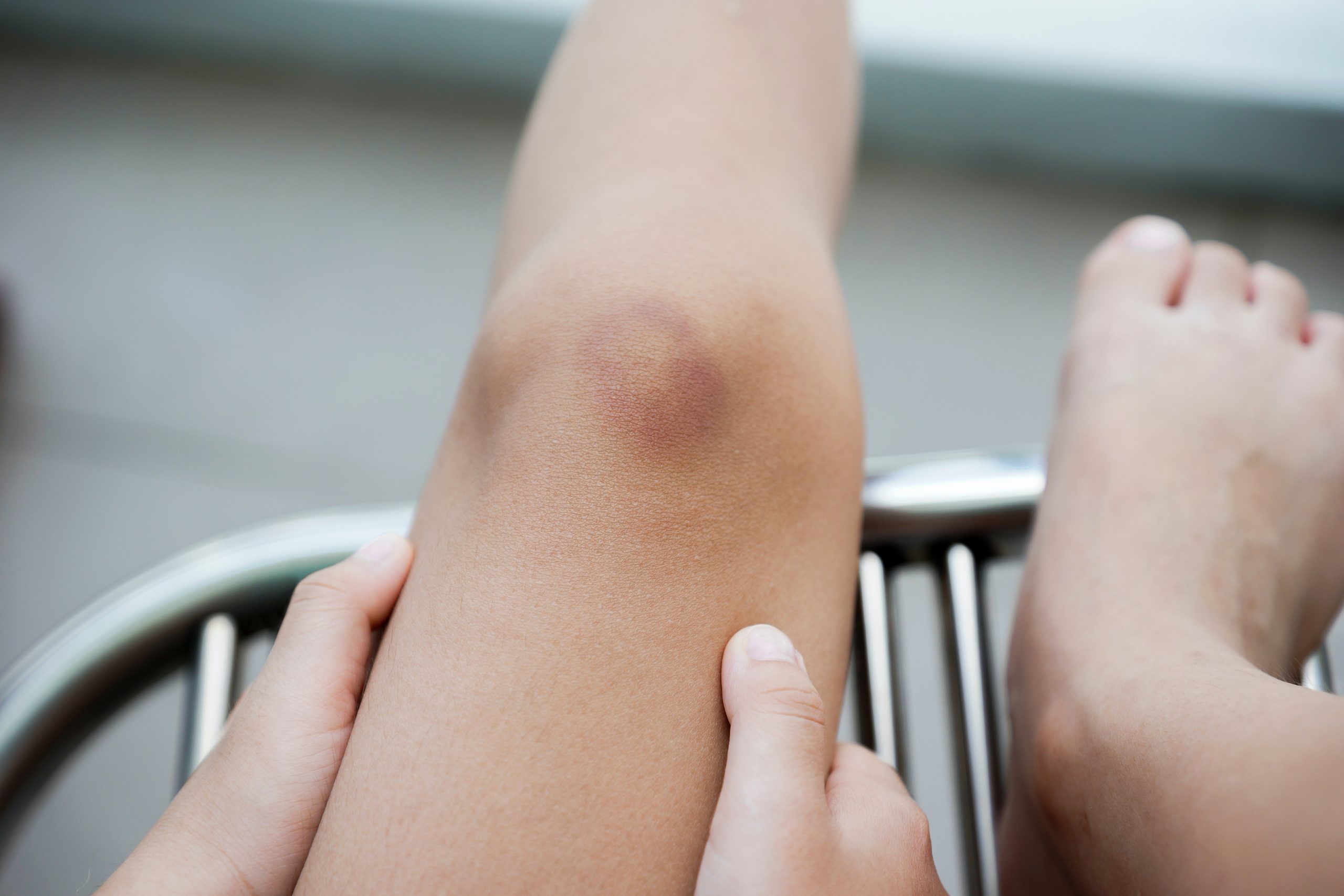 Bruises for no reason: why the vessels on the body burst

Of course, subcutaneous hemorrhage or bruising on the body can look ugly and cause aesthetic discomfort. If this is an isolated situation, then, as a rule, there is nothing wrong with that. If the situation repeats itself: bruises occur in different places and, possibly, there are complaints about other organs and systems (for example, pain in the heart, joints), then you should figure out why the vessels on the legs or body burst, as this can be a manifestation one of the more serious pathologies.

Living in time trouble, a person is constantly in a hurry somewhere and sometimes does not notice how, in the course of his actions, he receives some minor injuries, bruises. There is a direct cause-and-effect relationship in this: injury – the vessels on the legs are damaged / burst – a bruise. There will be no injuries – there will be no hemorrhages.

Phlebeurysm
With this disease, moderate venous hypertension is created in the superficial vein system due to valvular incompetence and the formation of stagnation of blood in the veins. Along with this, there already exists an overstretched, swollen vein (varix – from Latin swelling), the wall of which becomes thinner (analogy: the stronger we inflate the balloon, the more chances it will burst), at some point it does not withstand and bursts. Therefore, if a vein in the temple, leg or body is swollen, then it is necessary to contact a vascular surgeon / phlebologist. And together with the doctor, plan treatment – from a simple lifestyle modification to an operation to remove large veins.

Non-physiological loads
A modern girl can walk or stand in high heels for 8-10 hours a day, which, in turn, leads to a significant weakening of the mechanisms of venous blood outflow and an increase in venous pressure, hypertension in the legs. This can contribute to bruising. The best solution in this situation is the rejection of heels or at least a decrease in the duration of their wearing, an increase in the volume of dynamic load, which also helps venous outflow.

Taking hormonal preparations containing female sex hormones (including oral contraceptives)
The reason for the appointment of hormonal drugs can be banal contraception, treatment of gynecological, dermatological or other group of diseases. The composition of these drugs includes female sex hormones, which, in addition to regulating the cycle, the formation of secondary sexual characteristics in women, also affect the vascular system: they provoke bruises on the legs, the vessels become brittle, their elasticity decreases, and the diameter of the veins increases. The decision to cancel, replace the drug and treat increased fragility of blood vessels is made only after an internal examination of the patient and familiarization with the medical history. In this case, the therapy is performed by gynecologists, vascular surgeons / phlebologists. 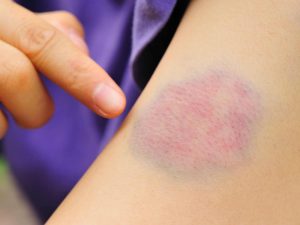 Most viruses (influenza, parainfluenza, coronavirus infection, ARVI) are tropic to vascular structures, and after a person has been ill with one of them, bruises may appear on the body that were not previously there. In this situation, the body needs to be given time to recover, you can also include in the diet food rich in vitamin C (citrus fruits, kiwi, rose hips, sea buckthorn, black currant, parsley, broccoli, bell peppers, sauerkraut, etc.), vitamin P ( citrus fruits, buckwheat, black currants, rose hips, raspberries, tomatoes, beets, red bell peppers, asparagus, plums, etc.). It is possible to take synthetic analogs of these drugs, but before that, a visit to the doctor is required.

Vasculitis
A group of diseases that is accompanied by inflammation of the vascular wall, and sometimes its increased permeability and fragility.

Vasculitis is classified into several types:

Primary – an independent process in the vascular system, and not a consequence of the pathology of other organs. The group of primary vasculitis, accompanied by the appearance of bruises, includes: Wegener’s granulomatosis, Churg-Strauss syndrome, microscopic polyangiitis, Shenlein-Genoch purpura, hypersensitivity vasculitis, cryoglobulinemic vasculitis, Behcet’s disease, vasculitis in systemic rheumatic lupus erythematosus ( Sjogren), etc. In such cases, the etiotropic therapy of pathology, that is, the treatment of the underlying cause, is dealt with by a rheumatologist, and vascular surgeons / phlebologists, cardiologists, dermatologists help to treat the consequences of the disease.
Secondary – there is another disease (oncological or infectious origin), against the background of which hemorrhages appear on the skin. One example is vasculitis against the background of exacerbation of viral hepatitis. This also includes the previously mentioned respiratory infections. With effective treatment of the underlying disease, bruising on the body will disappear.